Share a memory
Obituary & Services
Tribute Wall
Read more about the life story of Leonard "Sonny" and share your memory.

Sonny entered the Marnie Corps in 1957, serving in the Recon division, earning the rank of Lance Corporal before being honorably discharged.

He then spent most of his life driving truck for his father, Motter and Guth Trucking of Marble, Tim Amsler Trucking, and Amsler Coal Company, making many great memories with each. Sonny was also known as Shade Tree on the CB, a name given to him by his good friend Jim (JC) Eisenman, due to Sonny’s love of mid-afternoon siesta’s at a wide spot between home and Johnsonburg, where Sonny hauled chips from Koppers and Hickman Lumber. After this, he started Sandy Ridge Contracting, building and refurbishing houses until his retirement. Always on the go and once retired, he went to work for the PA DCNR as a patrolman. He finished off his working days at Bauer Truck Repair as a shop hand.

Sonny joined the Washington Twp. VFD in 1963, attaining the rank of Fire Chief and President on multiple occasions. He has been the Forest Fire Warden for the area for over 50 years. He spent his life serving the community he loves, mentoring many young firefighters through trainings he would hold himself or setting up with instructors with his great friends Doug Smerkar and Randy Bauer.

Sonny was also a past member of the Fryburg Sportsman Club and The Lions Club.

Friends may call on Monday, January 2, 2023 at the Faller Funeral Home, Fryburg, PA from 2pm to 4pm and again at 6pm to 8pm. Funeral services will be held at 11am on Tuesday, January 3, 2023 at Faith Lutheran Church in Venus with Rev. Jake Jacobson presiding.

The family requests memorials in Sonny’s name be made to the Washington Twp. VFD in Fryburg, PA.

To send flowers to the family or plant a tree in memory of Leonard "Sonny" L Hoffman, please visit our floral store. 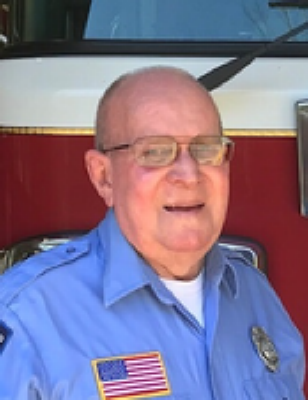